The band was created in Moscow in 2013. Doctor (drums) and Dietrich (guitar) formed a band with an ironic name – POKERFACE. The band got over some changes in line-up, but it has never stopped to work intensively in studio and on stage and finally had crystallized its unique style. POKERFACE shared the stage with such famous European bands as Sodom, Onkel Tom, Sister Sin, Knorkator. In 2014 the band released their first EP “Terror is the law” on the label “Irond / Molot” with female vocalist Delirium Tremens.

In September 2014 Dmitry (bass) joined the team. After a couple of serious disagreements with guitarist Dietrich, the band made a decision that he should leave the band. Soon POKERFACE’ve found new guitarist Maniac and finally have focused on its studio and concert activities. Everyone has idols and POKERFACE is not an exception. The band is looking up to such stars of American and German thrash metal, as Slayer, Testament, Sodom, Kreator. The music with speed heavy riffs, english lyrics and brutal vocals – this is the style, that symbolizes real old school thrash metal. 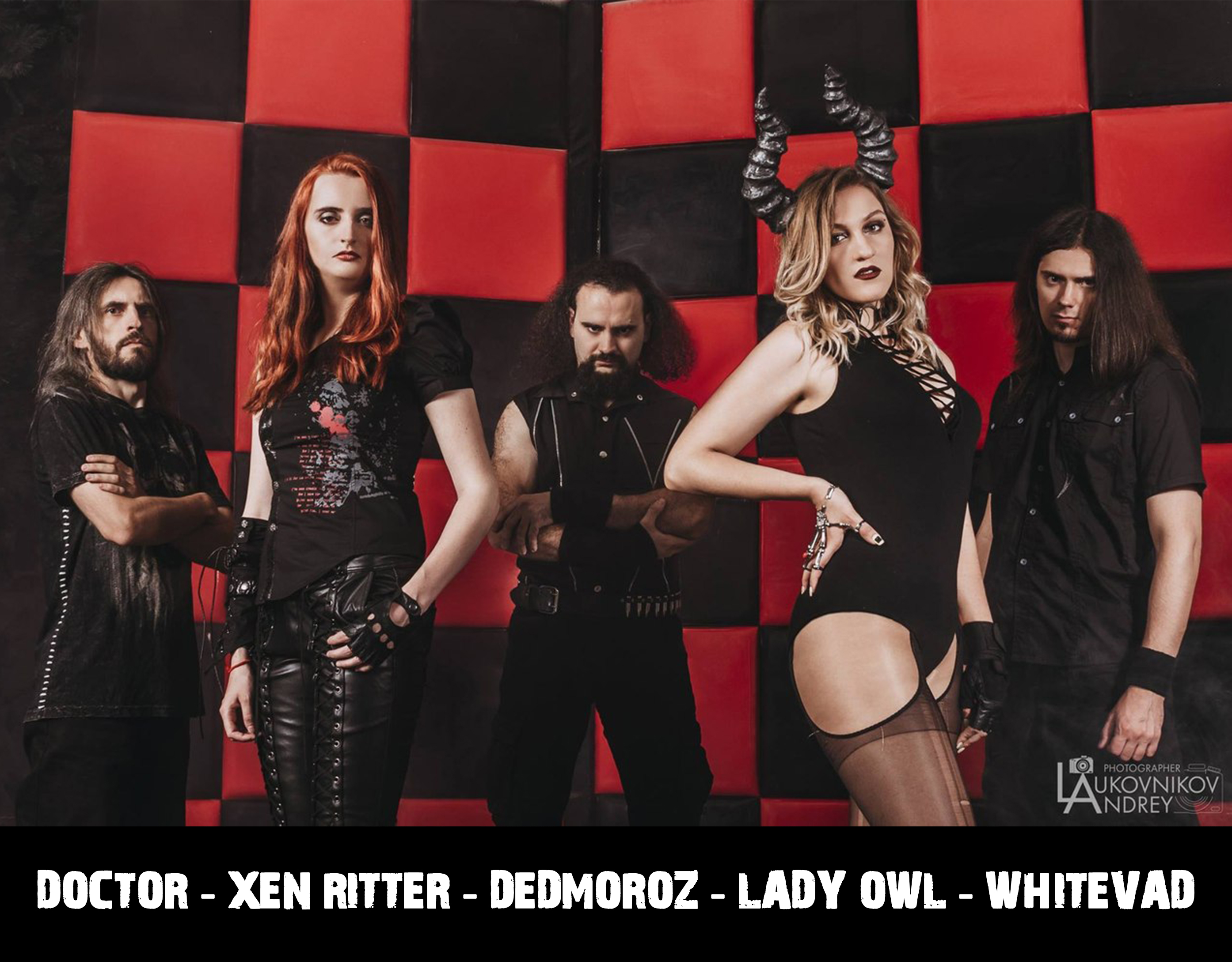 At spring ‘2015, POKERFACE arranged Russian tour with brazilian icons Sepultura to support the EP “Terror is the law”. Right after the summer tour with Overkill, Claustrofobia, Children of Bodom and Vader, the band presented the internet single “Kingdom of Hate”. At the beginning of autumn ‘2015 POKERFACE released the debut album “Divide And Rule”, which was supported during Global Technocratic Balkan Tour with Polish band “Thy Disease” in october ‘2015. After that, the band had some concerts on the stage with Megadeth, Kreator and Infected Rain.

At the end of the year, Nick (guitar) made a decision to leave the lineup, though he stayed with band as a songwriter. Vadim Whitevad took his place and then POKERFACE did several shows in Russia with Death DTA, Sadist and Thy Disease. At spring ‘2016 the band arranged the “Step Into Inferno Tour”, that took place in Poland, Serbia, Croatia, Romania and Hungary. Unfortunately, for some reasons the frontwoman Delirium couldn’t join the trip, so during the tour Alexandra LadyOwl took her place, the place of lead vocalist of POKERFACE. When the tour was over the band decided to make some more changes in the lineup: Xen Ritter replaced Maniac on guitar and Alexandra LadyOwl became a frontwoman.

The first live POKERFACE show with a new lineup was at METAL CROWD open air in Belarus in august ‘2016. That was also the first open air for POKERFACE ever. That autumn the band had a small Baltic tour with brazilian band Nervosa. During this period, the band was working on the third album and it was recorded in november. After the album was recorded, guitarist Whitevad decided to leave the band due to personal reasons. Egor Blade took his place in winter.

While the new album “Game On” was mixing and preparing for release on the french label M&O Music, POKERFACE announced a big European tour “Game On Tour 2017” to support a new LP. It took place in march-april ‘2017 and included 11 countries, 29 shows within 30 days. The release of the “Game On” was on 31th march, also there was a release of an official videoclip on one of the new songs.

28.08-03.09.2017: Russian Tour with thrash metal band Nervosa (Brasil). After the tour the band started to book a spring european tour ‘2018. There were two video releases in winter – The World Is Yours (Arch Enemy cover) and Creepy Guests [Official Video].

After the tour there were a couple of open-airs in spring and summer. Also Pokerface’s channel on Youtube received an amount of 1.500.000 views.

14.09-22.09.2018: Big Romanian Tour with Dying Gorgeous Lies (Germany). After the tour Pokerface returned its line-up of 2016 (with Doctor on drums and Egor on guitars) and started to make a new album. 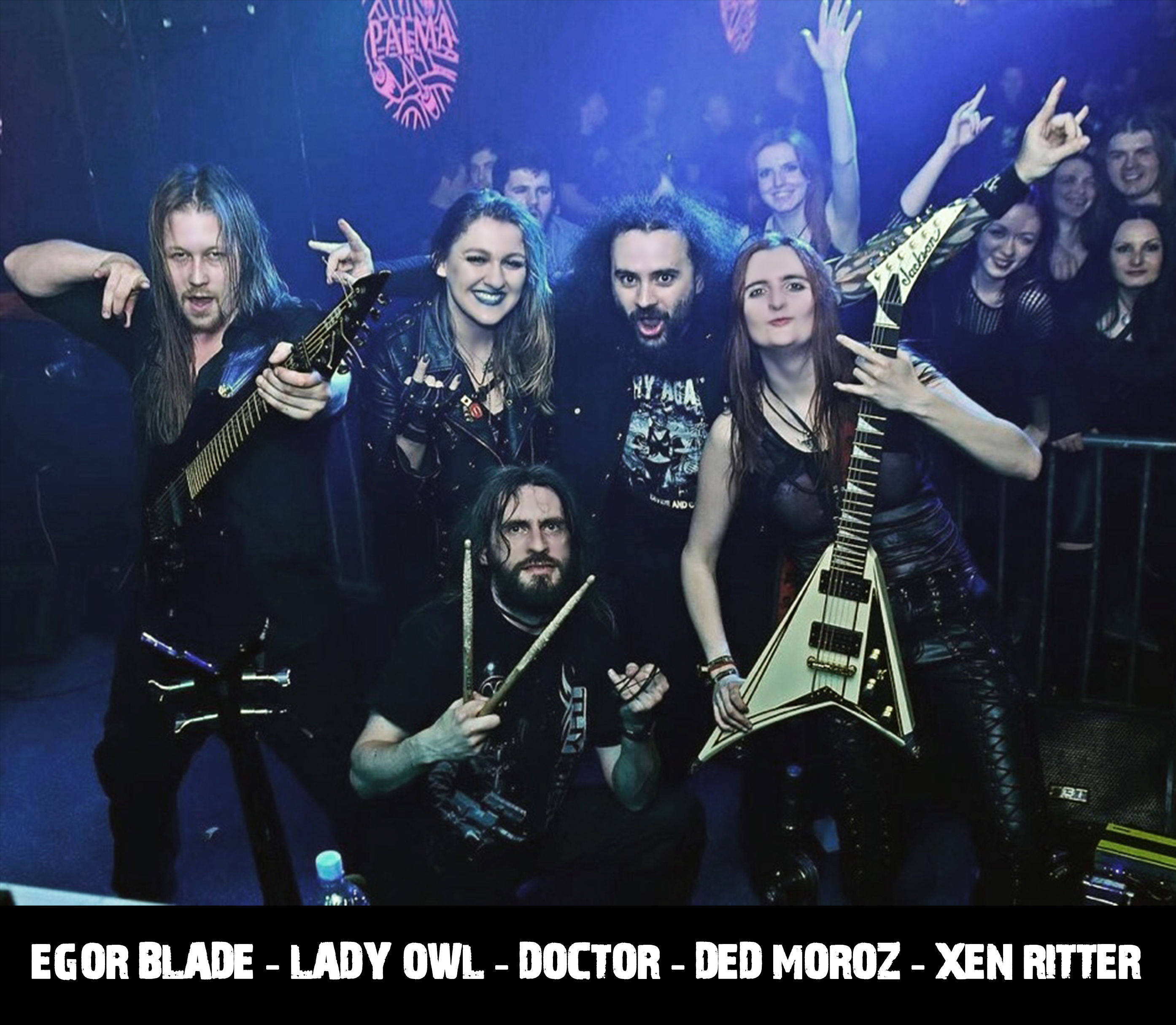