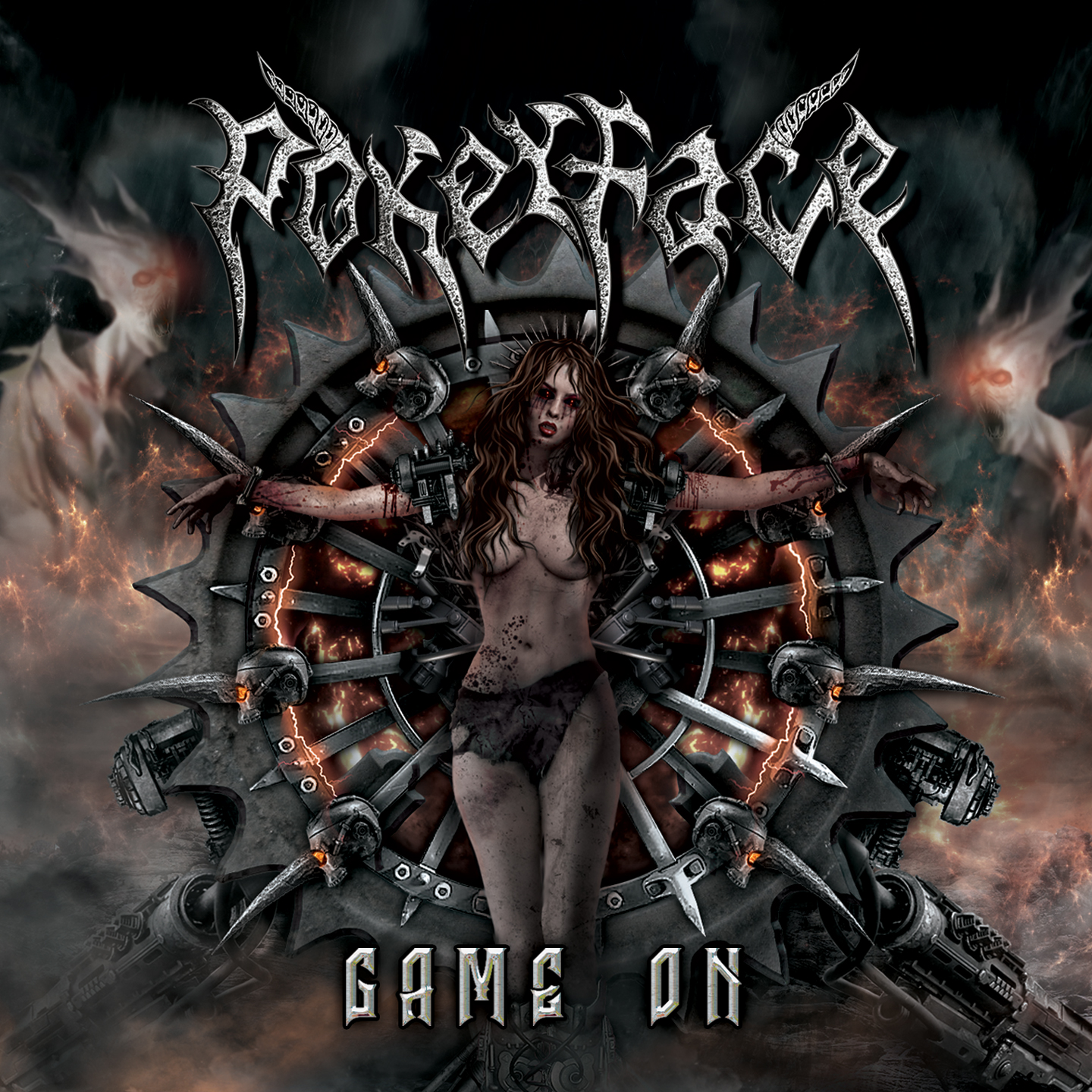 Pokerface was formed in Moscow, in 2013. Since its creation, work has been ongoing, in terms of both production and live appearances. They’ve played alongside Sodom, Onkel Tom, Sister Sin and Knorkator. Their debut EP, ‘Terror Is The Law’, launched in 2014, via Irond/Molot, was produced by Delirium Tremens. New bassist Dmitry joined the band in September of the same year. New guitarist Maniac completed the line-up. Band influences include: Slayer, Testament, Sodom and Kreator. It’s the sounds of these very bands which Pokerface has aimed to emulate, musically and lyrically, in order to create an old school thrash metal sensation. Pokerface toured Russia with Sepultura, to promote the ‘TITL’ EP. A summer tour followed, with Overkill, Claustrofobia, Children Of Bodom and Vader. Their digital single, ‘Kingdom Of Hate’, came next.

At the start of autumn 2015, Pokerface launched their debut album, ‘Divide And Rule’, promoted through the global technocratic Balkan tour; with Thy Disease, in October 2015. The band then played some gigs, sharing a stage with Megadeth, Kreator and Infected Rain. Following another line-up change, more gigs took place in Russia, with Death DTA, Sadist and Thy Disease.

During spring 2016, Pokerface organised the ‘Step Into Inferno’ tour, taking place in Poland, Serbia, Croatia, Romania and Hungary. Yet more line-up changes followed. In summer of 2016, Pokerface participated in ‘Metal Crowd Open Air’, in Belarus, the first ever Fest of its kind. Currently, they’re promoting this current album, ‘Game On’ and have been on a Baltic tour, with Nervosa. ‘Game On’ was mixed at Navaho Studio, in Moscow and is currently being toured, internationally. Pokerface is now confirmed as main support for Holy Moses, during their 2 Russia shows, this year (2017). 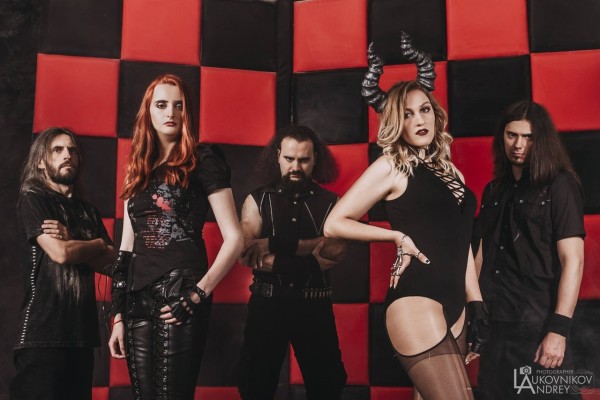 The Bone Reaper – Lovely smooth riff intro, followed up by a barrage of hammering drums and growly vocal roars. UDO’s ‘Dominator’ immediately springs to mind. Same sound and rhythm, but with lots more growls and a fair bit of extremity thrown in. Great catchy pace and have to say, the drums definitely take centre stage here, though everyone else also plays their part to perfection. Short, but powerful.

The Fatal Scythe – Continuing with the same level of all-out metal attack, it leaves no room for confusion. Battering your senses, with aggressive drum work and some splendid riffs. This time, the roars and growls don’t let up at all and you’ll hear a persistent scream in the background. Rather like a repeated fairground Ghost Train ride.

Play Or Die – Storming opening here. Launching right into the metal assault and this time, arranging the screams first and the throaty growls afterwards. There’s certainly plenty of passion and no small amount of energy thrown in there. A few tasty Slayer-esque riffs to end on; it’s a track that packs a lot of punches.

Blackjack (Demonic 21) – Much more thrumming bass to this, which only adds to the enthused expression. Determined drum rolls beat their way in and those vocals actually reach past simple extremity, into melodic terror thrash territory. Short, but to the point.

Straight Flush – Driving on, down the track, the central riff takes position and does its work astoundingly well, forming a heavy message all of its own. Complex melodic extreme riff arrangements emphasise the thrash angle well and honestly, I could listen to them all day.

Cry, Pray, Die – A sheer, full on, terror assault opens this time around. A monster of a track, sporting bloodied vocals from the depths of death tinged extremity. The pace is catchy and it cleverly ends at an unexpected point, while you’re still getting into it and it’s suddenly over. That’s the way to hook listeners in.

Creepy Guests – More terrorising of the senses and a real sense of urgency to the vocals and beat. A gorgeous bit of melody in there and those edgy vocals are really growing on me. Violent drumming, to rival most and a really nice fade-out. Possibly the stand out track.

Bow! Run! Scream! Bloody hell! Now that’s what you call an all-out, full frontal attack. The vocals really come into their own and show their chops here. There’s no arguing with that. That’s a real extreme vocal showcase to be proud of. Ably assisted and accompanied by a raging storm of crazed instrumentals, this is one volcanic performance, which actually inspired me to shout ‘Fuck Me’, at the end, this time, rather than the beginning. Really? There’s no greater accolade to a song than that. Apart from to say that even Lzzy Hale would have her work cut out to match that voice.

Jackpot – Nice bit of slide guitar, planing its way down its own neck, on its way to its metal destination. A real vibrant Slayer riff in there, too. These guys know how metal’s done. Got to love that rhythm and those multi-coloured high-tech speed riffs. Like a fun, but challenging game of high-speed ice hockey, with Slayer as supporting team, bashing out hits from ‘Seasons In The Abyss’, throughout. Just immense and should be played unendingly, to death and beyond.

Game On – Well if you thought the last track was powerful, this is one mega watt powered explosive weapon of war. Rhythmically and sound-wise, it summarises the title track well. Few female vocalists can pull off such a stunning feat of accomplished professionalism, but this one has. Truly extraordinary, in every sense.

Overall – A cataclysmic force of explosive power and energy, uniquely performed, with outstandingly rare expression. Getting better and better throughout and building, to a vicious and forceful impact. A truly mind shattering album.